In 1974 (yes, I’m that old) I walked into my first Journalism class at the University of Connecticut. The bell rang and a middle-aged, white haired gentleman entered the class, moved to the front of the room and looked up. “I’m Evan Hill and welcome to Journalism. Check your opinions at the door.” The man who would become my favorite teacher of all time was a by-the-book journalist who taught us the importance of being fair, objective and unbiased.

At one point we were assigned to write a profile and I ended up with the University’s first female Trustee. I handed in my profile and watched as Mister Hill went through it at his desk, red pen poised to strike. Suddenly he shook his head and the pen slashed through a sentence.

“There’s an opinion in your story.” He turned the page around and showed me the offending sentence.

I’d referred to the woman as an attractive brunette dressed in a tailored business suit with a single strand of pearls. “I don’t understand. How is that an opinion?”

“You called her attractive.”

“Well, I mean, she’s not a fashion model or anything but she’s a nice looking woman.”

“In whose opinion? Yours? Maybe someone else thinks she’s ugly.”

Sure, that was an extreme example, but he taught me something which made me very careful to keep even the slightest opinions out of my stories.

During my career as a television reporter I probably did more than three thousand stories. And I don’t think any viewer had a clue as to how I voted. In fact, the opinionated stuff you see today on TV would have gotten me fired in a heartbeat.

But then things changed as I saw my first blatant example of media bias in 2004. I was working in New York, and the country was in the middle of a presidential election. During the morning meeting when stories are assigned people were discussing a story in the New York Post about a major Democratic presidential candidate who allegedly had a mistress. People were speculating if the mistress was real, when from the back of the room an intern spoke up. “She’s my roommate in college. He calls our room all the time.”

Until the person in charge spoke up. “We’re not doing this story.”

A veteran reporter who was head of the union was furious, arguing that this was a major national story. And this being a union shop in New York, just about everyone who worked there was pretty liberal and a Democrat. The manager wouldn’t budge. “Nobody cares about that stuff anymore.” What followed was the biggest newsroom argument I’ve ever witnessed, with liberals fighting for the story that would surely take down a Democrat. These were real, old-school, objective reporters. But the story was killed and never saw the air. Thankfully, the candidate did not become president.

Same TV station, a few months later. We’re airing sound bites from a George W. Bush speech and all of a sudden I hear a scream in the middle of it. Then it happens again. And again. I assumed the control room simply had two tapes playing at the same time or there was a hot microphone somewhere. But a later look at the tape showed someone had actually edited the infamous John Dean scream into the sound bite. A little detective work found the culprit. Was he fired? Suspended? Fined? Nope. Same manager. Rules didn’t apply in that station if you made a Republican look bad.

I see 2008 as the year journalism began a death spiral as the media love-fest for Obama was in full bloom. Planted questions in the White House press room, more softballs than a beer league, and a ridiculous query from a reporter who asked the President what had most “enchanted” him about being President. I think if the President had come to a sudden stop, some of these reporters would have broken noses.

But the past four years have left no doubt that journalism is dead. Suppression of news, known as “bias by omission” in which you simply don’t cover stories you don’t like (see: New York, 2004), along with what is now known as “opinion journalism” (which is an oxymoron) have left the media with no credibility. The often laughable coverage of the “peaceful protests” in 2020, the prime example bring a reporter in front of a burning building saying things were mostly peaceful, showed how the networks are not even trying to hide their bias any longer. The double standard evident this week during the incident at the Capitol. Looting, destruction of businesses, burning buildings, destroying monuments, billions in damage, police officers killed or injured… that’s okay. A bunch of people storming the capitol… and yes, people died… but they made it seem like it was worse than 9/11 or the day JFK was shot. Once anchor said, “We will get through this.” ABC actually used the term “cleansing the movement” in reference to Trump supporters. If you don’t know your history as it refers to cleansing, look up Nazi Germany.

So, rest in peace, journalism, and it appears free speech is circling the drain as well with big tech banning anything they don’t like. Trump is now banned from Twitter. The Ayatollah still enjoys his account.

The big problem is that “news” is no longer about information but affirmation; meaning you will watch or read things with which you agree.

The bigger problem is social media, which has done nothing but divide us. The internet is Skynet, terminators not needed to destroy society. We have met the enemy and it is us.

Of course now the media will call for unity, after referring to half the country for four years as racists, homophobes, Nazis, Klan members, and everything you can think of. And now they expect everyone to hold hands and sing Kumbaya? As we say in New York, I got your unity right here.

I feel very sad that the business I loved is playing a key role in the destruction of this country. People often ask me, “What do I watch or read? How do I know what the truth is anymore?” Sorry, I have no answer. But if you read both sides, the truth is probably somewhere in the middle.

Look, don’t let anyone, especially a reporter or anchor, tell you what to think. Most people have enough common sense to understand that the fringe groups of both parties are not the norm. The guy with the Republican yard sign who lives next door does not attend Klan rallies. The person across the street with a Democratic sign does not go looting on weekends. But the media would have you believe you need to hate the person who thinks differently than you do.

There’s an old saying. Tell a lie often enough, and it becomes the truth. But that’s  changed.

Tell a lie often enough, and it now becomes journalism.

THE GIRL IN THE WHITE HOUSE 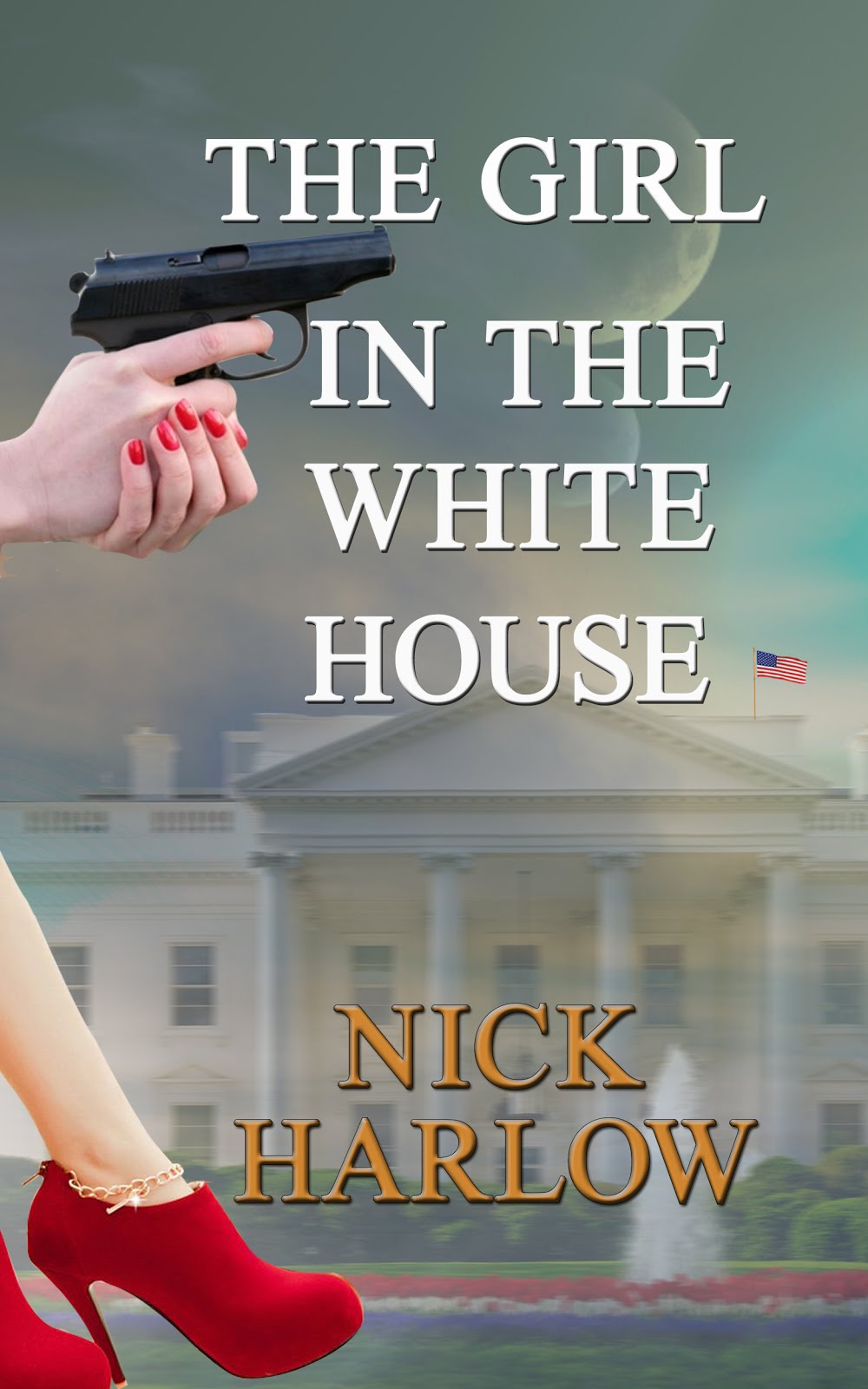 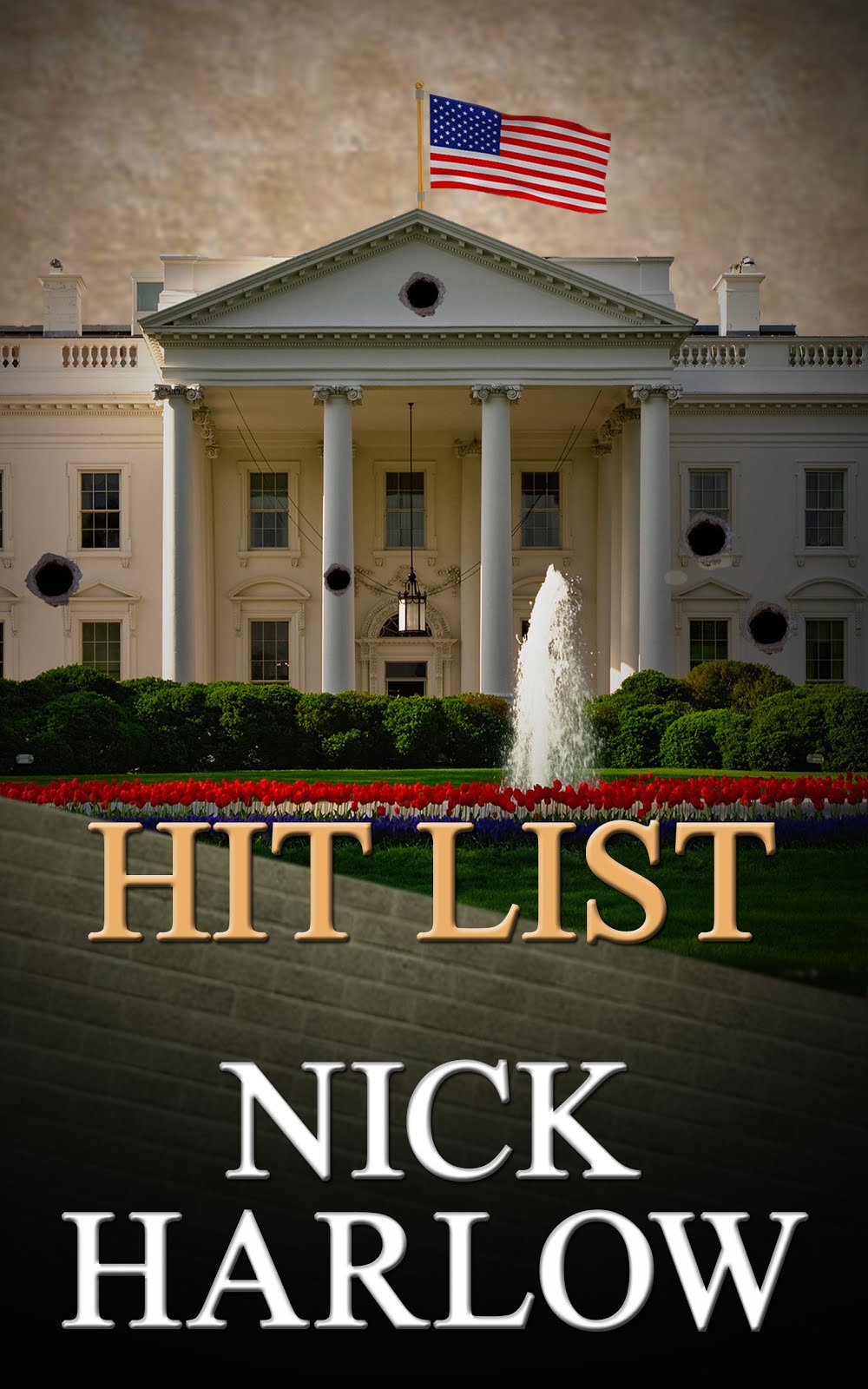 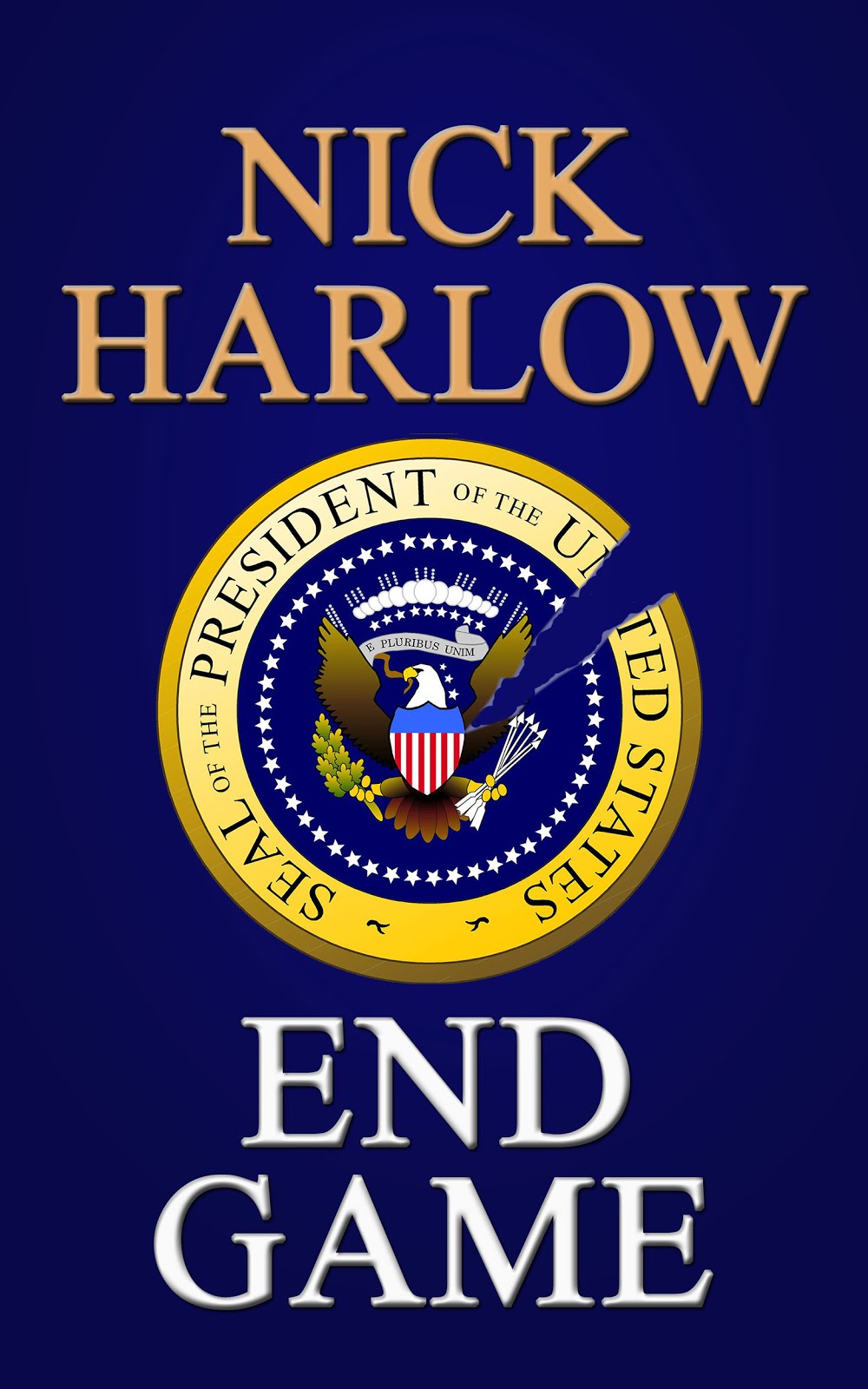 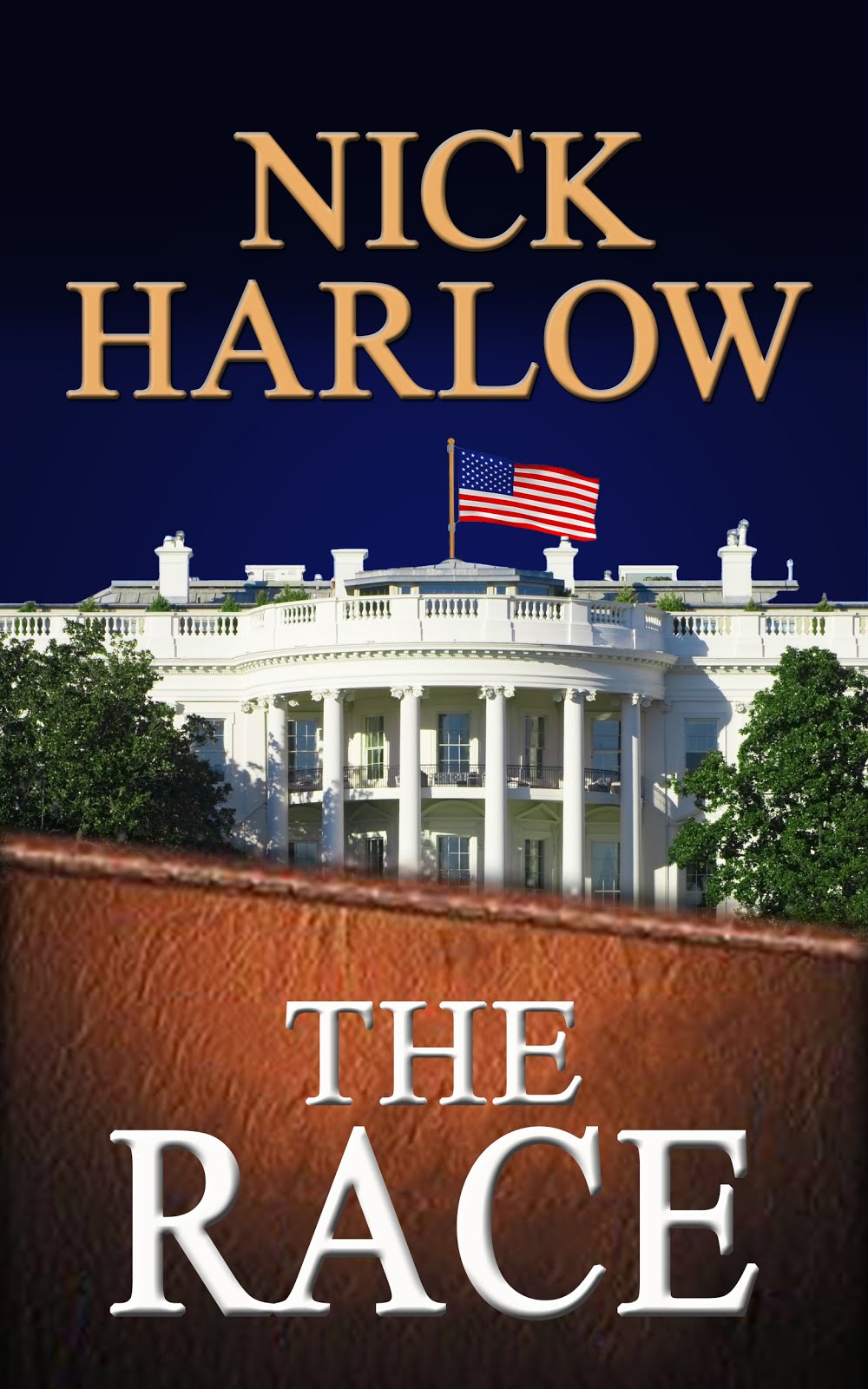 "It is never the wrong time
to do the right thing."

The entire contents of this site are protected by United States Copyright law. Any unauthorized use or redistribution via print or electronic means of the content of tvnewsgrapevine.blogspot.com without the expressed written consent of Randy Tatano is a violation of copyright law.